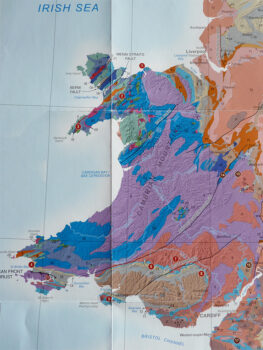 The underlying rocks are Llandovery shales, deposited in an ancient sea, the Welsh Basin, just south of the equator, 520-410 million years ago during the Silurian and Ordovician periods of the Palaeozic era. Most of the rocks are mudstone and sandstone, both sedimentary rocks, made by compression together of very small particles; mudstone is made of fine-grained clay particles, and sandstone from sand-sized mineral particles.

On top of these underlying rocks are shales of fluvial-glacial origin, deposited by glaciation in the last ice age (115,000 – 11,700 years ago) and subsequent river flows.

There is also some white quartz dotted around; this is a common crystalline mineral, formed under high temperature and pressure in the presence of water. Quartz has a low potential for weathering and is consequently very common as a residual mineral in stream sediments and residual soils. 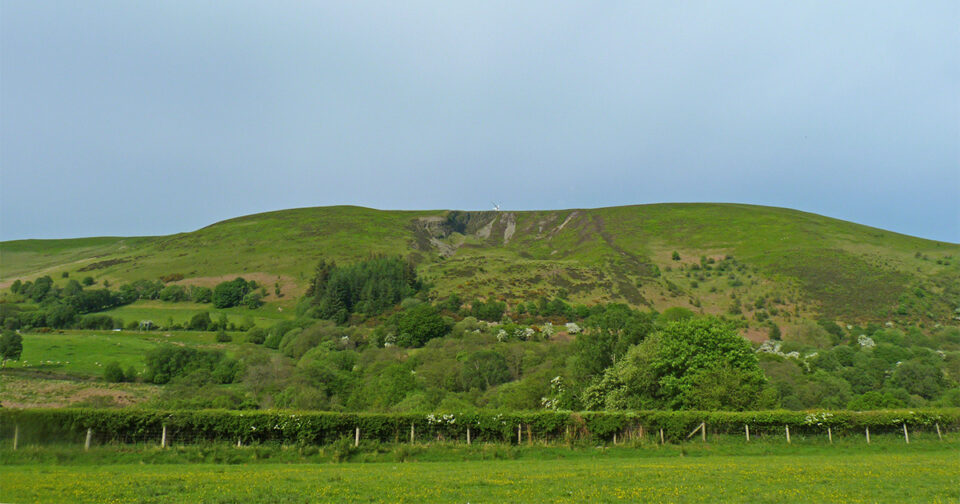 Dolhelfa is a complex and unique landslide in mid-Wales. Although not strictly within Dernol, it is an obvious presence rising above the eastern end of the valley. This view is looking up at it from the valley floor, showing exposed rocks nestled in the green hillside. Thankfully the landslide has been inactive since some minor movement in 1850.

For further reading go to: https://Mid Wales Geology Club, where there is a downloadable 6-page PDF containing much more information about this landslide 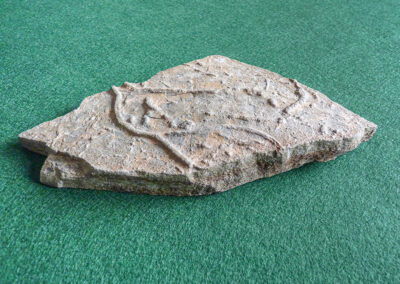 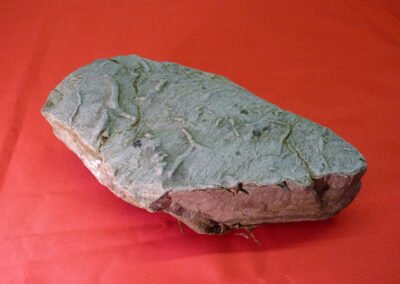 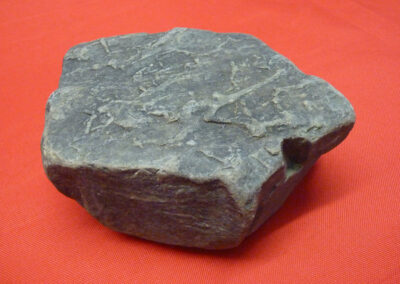 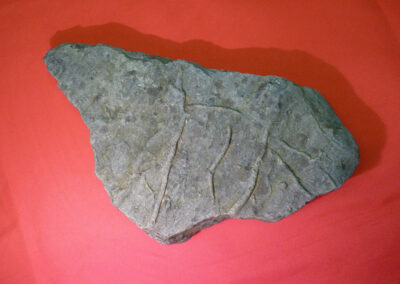 The first fossil above was found in the middle section of the Dolhelfa landslip; the other three were dug up in Glandernol garden.

This type of fossil is very common in these parts and made from a mixture of sandstone and mudstone.

The ridges were formed by burrowing worms, the soft bodies of which have long gone, so what remains are just the trace trails where the sediment filled the burrows.