This website is about the valley of the River Dernol, a tributary of the River Wye in the Cambrian Mountains of mid-Wales. We have lived here since 1988, and feel a deep connection with the place; the more we understand the history and processes that make the valley what it is, including our own small contributions, the more we feel part of it, rather than just being observers.

The natural world around us has been of great interest to us since childhood, and a source of much pleasure and inspiration, so we would like to share some of what we see in Dernol with others. On here you will find some of the history of the area, views of the landscape, some of the animals and plants that live here, and artworks inspired by it.

We hear a lot about biodiversity these days, and the problems it is facing, which need to be urgently tackled. This website shows some of the biodiversity in a small area of mid-Wales, much of it, particularly the smaller forms of life, often going unnoticed. There have been some noticeable losses in the time we have lived here, and probably more to come, so this will be a partial record of what has been here, as well as what still is.

Encouraging children in particular to take an interest in the world around them can help positively shape their attitudes to it as they grow up, and they are more likely to live their lives in a way that supports the natural world. We like to encourage people to look around them, not only on the larger scale (as beautiful as it might be in areas such as mid-Wales), but also at the smaller details, and to share their findings with others – people are unlikely to care so much about those things they don’t know about, and we need more people to care about and look after what we have, for both our current and future generations. As someone once said, “there is no planet B”.

All photos on this site have been taken in Dernol, or nearby, unless otherwise stated. Some are not good photos, but the best we have been able to get at the time they were taken, and hopefully these will be replaced by better ones in the future. Some sections of the site don’t have much on them at the moment, but this is an ongoing project which will never be finished (until we are!), with more being added all the time – so do please check back again. If you would like to be notified of some of the additions to the site, they will be announced in posts, to which you can subscribe on the Home page. 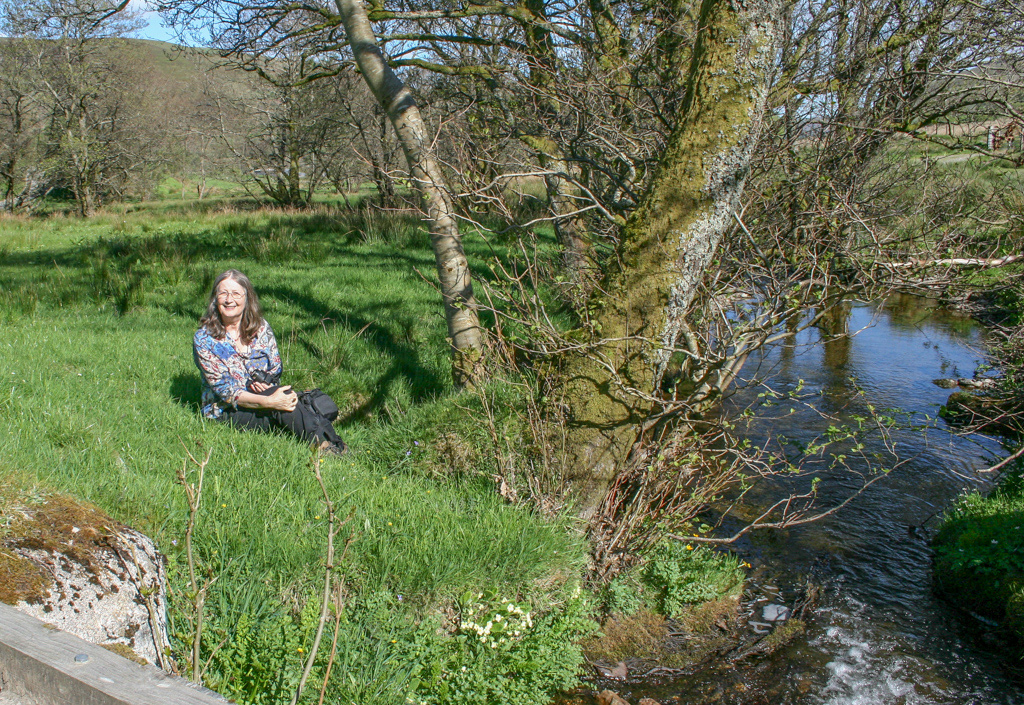 I moved to the Dernol Valley in May 1988 from Carno, where I had lived near my work as Senior Colourist in the Laura Ashley Textile Design Studio. In 1989 I left Laura Ashley to work from home as a freelance artist and designer, where many of the artworks I produced were inspired by our garden and the palaeontology, flora and fauna of the valley.

In 1993 I started a post-graduate diploma course at the School of Art (University of Wales), in Aberystwyth, which lasted for 2 years, after which I returned to freelance work.

I enjoy sharing the joy of making art and am available to deliver illustrated talks: rivers, rocks, rock-pools, minerals, moths, sky and land are just a few themes included in the following talks, illustrated through drawings & paintings: “Rocks & Minerals in Art”, “Fossils in Art” & “My love affair between textiles and fine art”.

There are examples of my artworks under ‘Art’ on the main menu.

“Enjoy the views, but also look down to appreciate the world on a smaller scale too.” 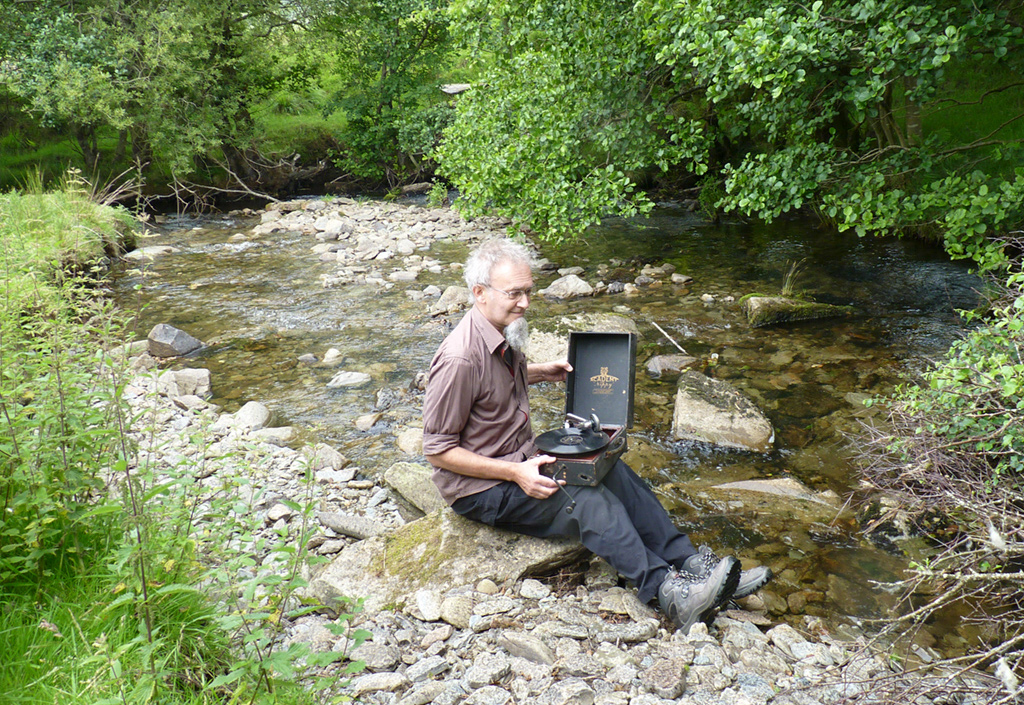 I moved to Dernol in 1988, while working for Laura Ashley in Carno as Systems Support Manager, and subsequently in Newtown as a Systems Analyst / Programmer. I left there in 1994 due to illness, and apart from 2 years working part-time on technical support at Llanidloes Resource Centre, I have subsequently split my time between promoting music events, DJing on local radio and at parties, clubs and festivals, freelance IT Support and Website Development, and increasingly spending more time  pursuing my life-long interest in insects and plants, the results of which can be seen in the photos on this website.

Mixcloud (Earthdoctor)  : some of my DJ mixes.

Dragon Collective : the name I used for event promotion and other related activities from 1996 – 2007, now in hibernation. I keep the old website for archival interest.