The most noticeable difference between them is that snails have a shell, but slugs don’t; this isn’t completely true, as most slugs do have very small external or internal shells, but only snails can withdraw completely into their shell. Some species of both live in water (including the sea) – using gills to breathe – , others are land-dwelling – using a lung to breathe. They produce a lot of mucus to prevent their bodies from drying out; they also use their mucus trails to help find their way back to their resting places after feeding.

Land gastropods use internal fertilisation, and are hermaphrodites (i.e. they have both male and female reproductive organs); copulation is often reciprocal i.e. they mate as both male and female at the same time. They have two pairs of retractable antennae on their ‘head’, the upper, longer contain their eyes, and the smaller lower pair are used for feeling and tasting.

Snails hibernate, but slugs can be seen in the winter when the temperature is above 5°C.

There are about 100 species of land snail and 46 species of aquatic snail in the UK. There most noticeable feature is their spiral shell.

Snails need calcium to produce their shells, and in an acidic area such as Dernol, there is not a lot of it in the environment, so snails aren’t as common as slugs here.

They have a life expectancy of 3 – 7 years in the wild. 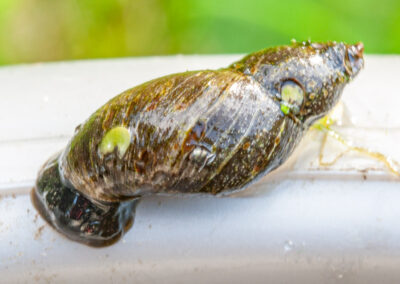 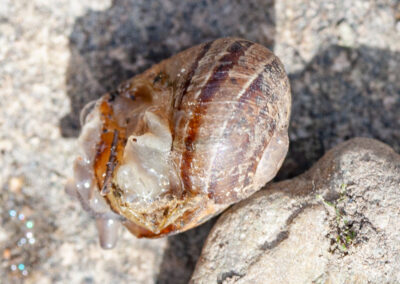 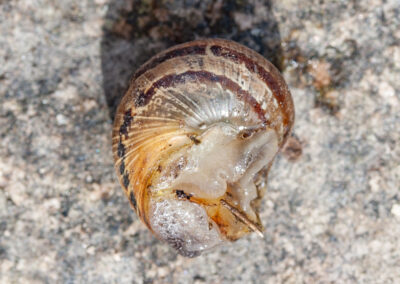 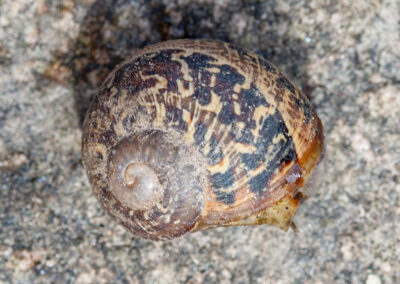 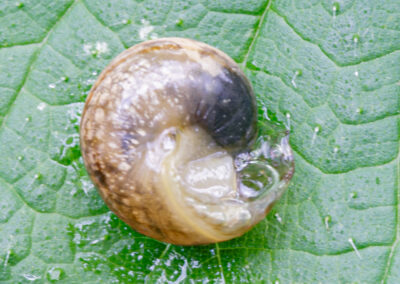 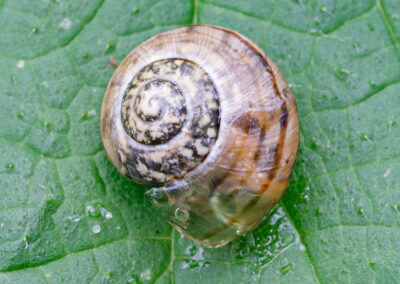 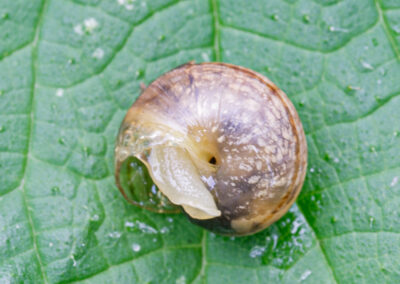 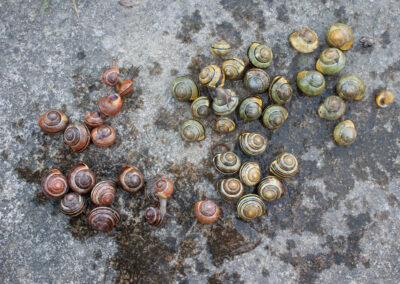 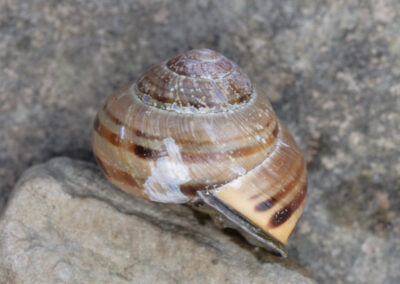 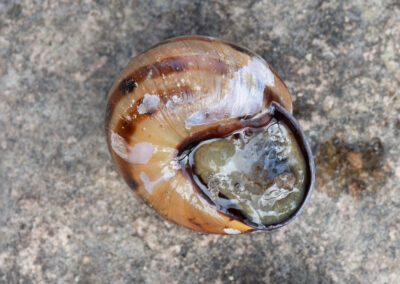 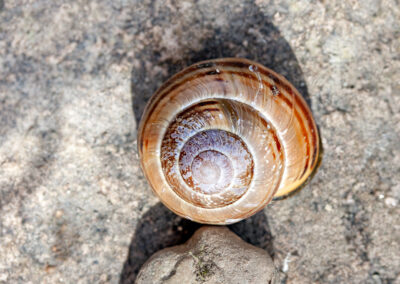 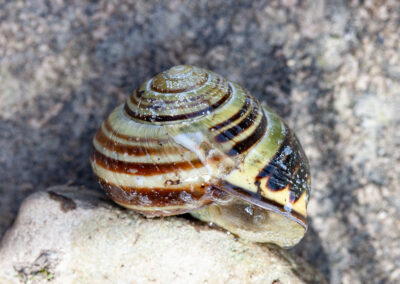 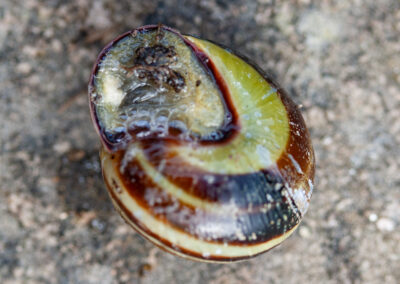 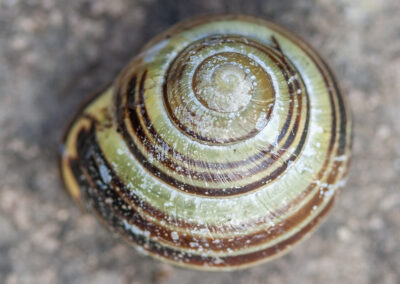 There are over 30 species of slug in the UK. They spend most of their time underground or under rocks, logs, etc., but, particularly in damp weather, they come out to eat almost everything in your garden – or so it sometimes seems in  Dernol! Slugs eat a wide range of vegetation, and a few are omnivorous, eating carrion or earthworms, and can eat up to 40 times their own body weight in a day. Although many species are considered garden pests (not unfairly!), they do have a useful role in breaking down decomposing vegetation.

They have a large respiratory pore (pneumostome), usually on their right-hand side (but they don’t have hands…)

Slugs are often eaten by hedgehogs, toads, frogs, rodents, birds and ground beetles, but breed so prolifically (20-100 eggs at a time, many times a year) that it hardly seems to diminish their numbers. 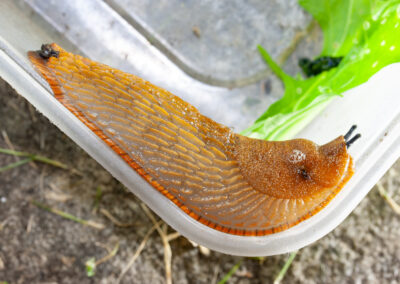 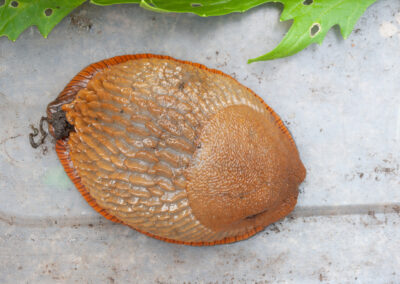 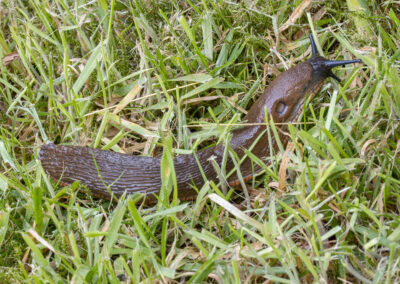