Mammals are a group of vertebrates in which the young are fed from the mammary glands of the females. Other features distinguishing them from other vertebrates include:

There are about 6,400 species of mammal worldwide, of which 105 (excluding feral / managed species) live in the UK. The UK’s species are summarised as :

The term ‘native’ means a species that colonised the islands at the end of the last ice age (c. 9500 years ago), was present when the English Channel formed, separating the UK from mainland Europe (c. 8000 years ago), or were present in ‘prehistory’ (up to c. 3000BC).

About 20% of our mammals are at an imminent risk of extinction, due mostly to farming practises (habitat loss and pesticides), disease and climate change. 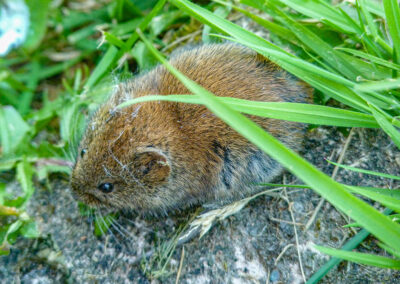 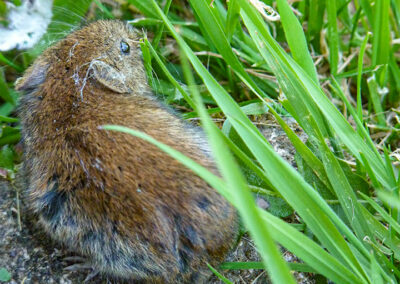 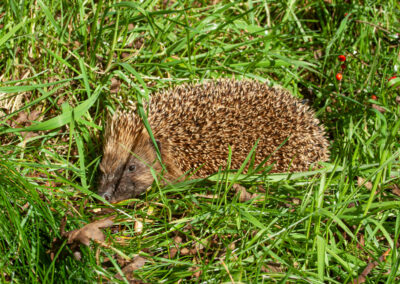 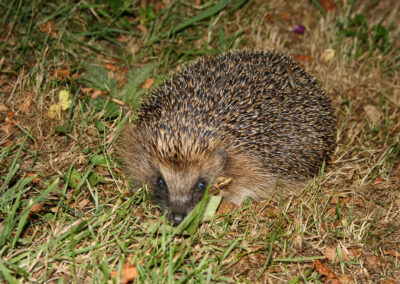 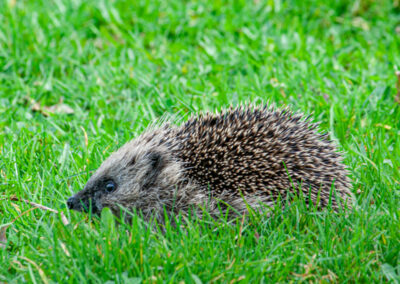 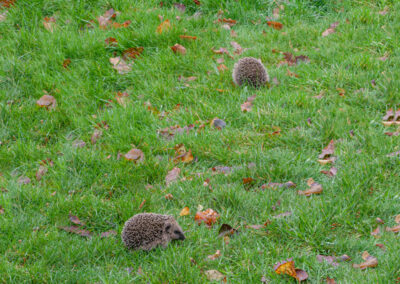 There are 18 species of bat in the UK, 17 of which are known to breed here. Apart from birds, they are the only vertebrates capable of sustained flight (as opposed to gliding).

There are several species of bat feeding in Dernol, though their numbers have declined noticeably in recent years, possibly due to the large reduction in numbers of insects for them to feed on, or maybe loss of their roosts.

In 2018 we had a bat monitor installed for a few days in the Alder trees alongside the river opposite Glandernol, which is part of the SSSI; this records the echo-location sounds made by bats, which enable the species present to be identified as each species has a unique call. Three species were identified – Common Pipistrelle, Soprano Pipistrelle and one, possibly two, Myotis species; Myotis species can be difficult to identify from calls alone, so the recordings need to be analysed with specialist software, and unfortunately the calls recorded were too faint to make a conclusive id; they could be Whiskered, Brandt’s or Daubenton’s, and one recording could be a Natterers. Hopefully we’ll be able to do something similar again in future.

Common Pipistrelle (Pipistrellus pipistrellus) – Wingspan 20 – 23.5cms, weight 3 – 8g. The UK’s commonest bat. They roost mostly in buildings ( often under tiles, soffits or barge boards, or in cavity walls). The often feed along rivers and tree-lines in wet areas. Emerge about 20 minutes after sunset, and feed at a height of 2 – 10m, mostly on small flies, particularly midges and mosquitoes, eating up to 3000 insects a night. Their recent decline is usually attributed to farming practises and building renovation, and toxic timber treatment in older buildings.

I doubt that I will ever be able to take any photographs of Dernol’s bats, but if I do, I’ll post them here.