Amphibians and reptiles are ectothermic (cold-blooded), and since they do not need to maintain a steady body temperature, they have a low metabolic rate, which means means that they don’t need a large amount of food.

All the native species are protected by law.

There are about 8,100 species of amphibians known, of which 7 are resident in the UK – 3 newts, 2 toads, 2 frogs; in addition there are 12 other species living wild in the UK that have escaped from captivity and are likely to become naturalised.

There is no formal taxonomical distinction between frogs and toads, but those with moist, smoother skins are commonly called ‘frogs’ and those with drier, warty skins are ‘toads’. They get most of their oxygen by breathing through their nostrils, but supplement this with gaseous exchange through their skin, which is why they need to keep damp. 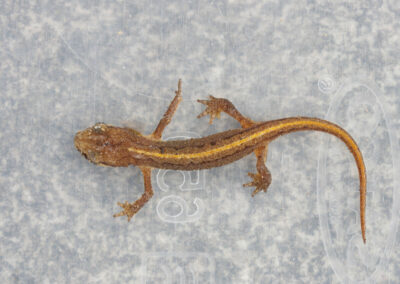 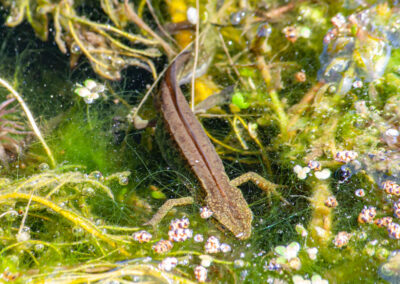 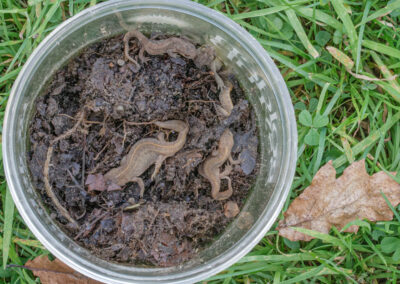 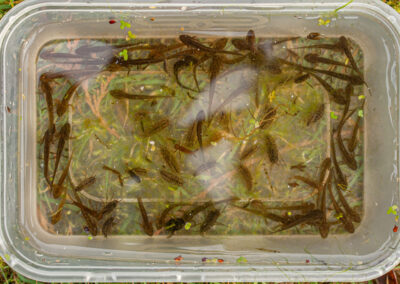 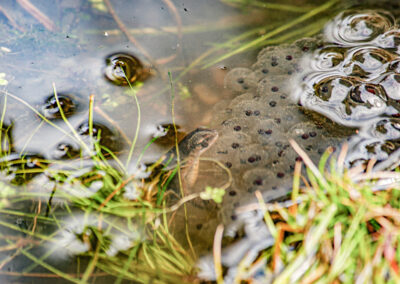 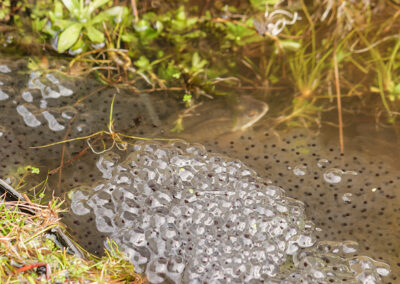 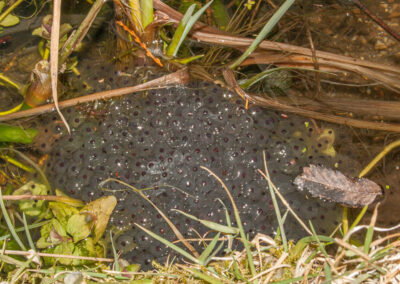 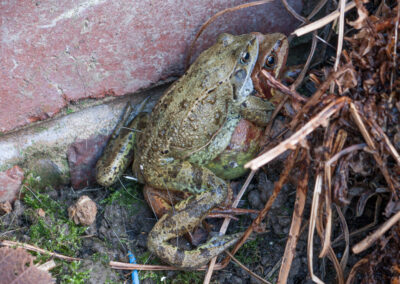 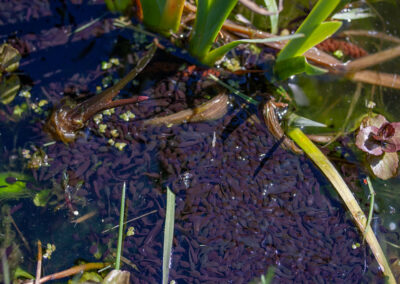 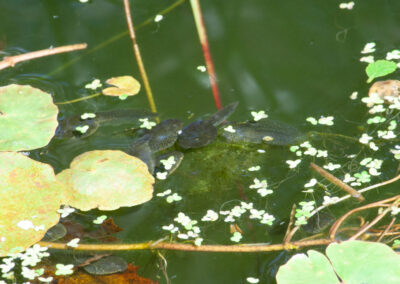 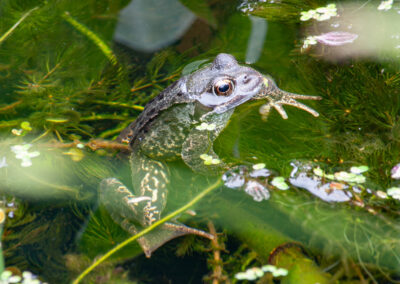 All UK amphibians need water in which to lay their eggs (e.g. frog-spawn), which, unlike those of reptiles and birds, do not have protective membranes around them. The development from egg to adult is affected by the temperature, but generally tadpoles hatch from the spawn in 2 – 4 weeks. After about 16 weeks, the tadpoles start to grow back legs, soon followed by front legs, and their tails are gradually absorbed.

The tadpoles feed mostly on algae and water fleas; the adults have a wide-ranging diet of worms, slugs, spiders  and insects.

41% of species worldwide are threatened with extinction, due to habitat loss (in the UK, many ponds have been lost in recent decades), invasive species, effects of climate change, diseases (mostly fungal) and human interference such as the pet trade and pesticide run-off from fields; those in the UK are suffering from these threats and are in serious decline.

So far in Dernol I have seen Palmate Newt, Common Frog and Common Toad, and it is unlikely that any of the other species live here.

There are about 8,700 species of reptiles in the world, of which 6 species (3 snakes, 3 lizards) of the order Squamata live in the UK, with one more lizard possibly becoming naturalised; all of the UK species are getting scarce or rare, and some are at risk of extinction.

Unlike amphibians, reptiles have a dry, scaly skin, enabling them to live on land. All those found in the UK are carnivorous, feeding mostly on insects, worms, or in the case of snakes, small mammals.

There are differences between snakes and lizards, including :

I have seen one lizard in Dernol, presumably a Common / Viviparous Lizard, but it was running fast down our drive, across the road and hid in the stones on the river bank, so I didn’t get a good look at it nor opportunity to take a photo. I have also seen them around Carn-wen.