There are 54 genera of grasses, 10 genera of sedges and 2 genera of rushes native to the UK, comprising in total over 300 species.

One characteristic shared by these families of plants is that, unlike other types of plant, they grow from the base of the plant rather than the tip; this is why they survive being browsed by animals, or cut in ornamental lawns.

They are monocotyledons, meaning that the seed produces a single first leaf, as opposed to dicotyledons, such as the flowering plants, which have a seed that produces two first leaves.

‘Reeds’ are aquatic and mostly belong to the grasses family, particularly the genera Phragmites and Arundo, but some are sedges of the Cyperaceae and Typhaceae families.

Some species become invasive (particularly Soft Rush and Purple Moor Grass), often through changes in land use or soil conditions. We appear to have lost the last of the Pyramidal Orchids in Dernol, as the area where they used to grow has been almost completely covered by these two species. I don’t know the cause(s) in Dernol, though in some areas of the UK the reduction in grazing, particularly by cattle, has been one factor; I do not know if this is a factor in Dernol as I do not know the grazing history.

Grasses first appeared 80-100 million years ago. They are one of the most successful plant groups, ranging from species only a few centimetres tall, to the huge bamboos. They are an important food source for many animals, including humans – wheat, barley, rice, oats and maize included. There are about 12,000 species of grasses, in 771 genera, in the world, of which about 170 species live in the UK, excluding ‘casuals’ (those that appear occasionally, often from such sources as imported woollen fleeces), and the bamboos, which are not native but some have ‘escaped from captivity’. Grasses do hybridise, so the true count of species, and identification, can be difficult. 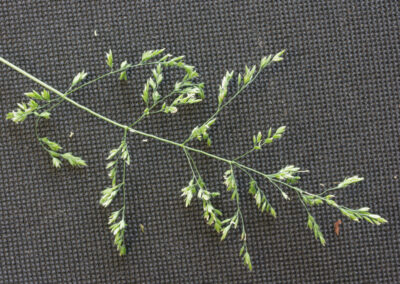 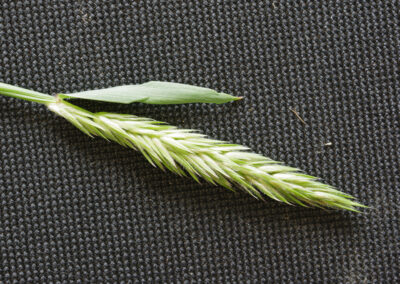 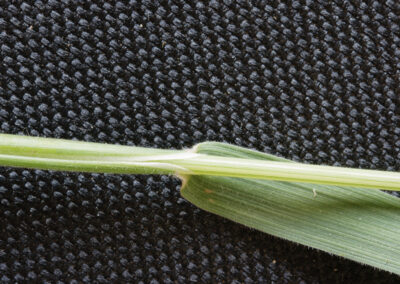 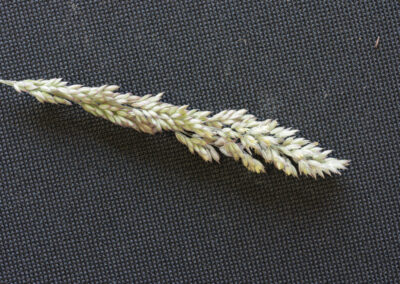 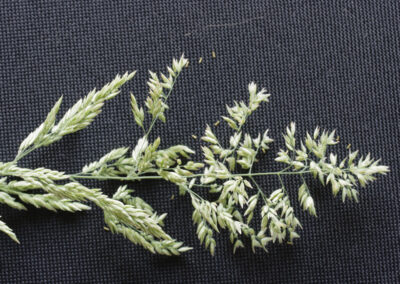 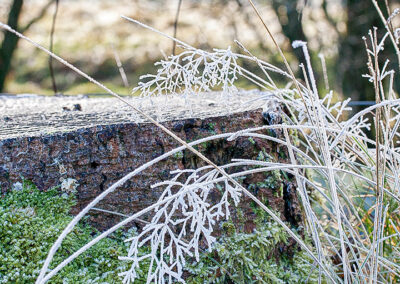 Unlike the sedges and rushes, most grasses prefer well-drained, fairly dry soil and full sun.

Grasses have hollow stems (culms), divided at intervals by solid nodes bearing the leaves. The lower part of each leaf wraps around the stem, the edges overlapping, and the upper part forms the leaf blade.

Grass flowers are characteristically arranged in spikelets, each made up of one or more florets which are grouped into panicles (or spikes). These usually contain both male and female flowers.

More ancient than grasses (appearing more than 160 million years ago), and more tolerant of wet conditions. There are about 5,500 species of sedge worldwide, of which at least 106 species, plus numerous hybrids, live in the UK.

Their unjointed stems are solid, not hollow, and usually triangular in cross section, particularly towards the base of the stem. Leaves are similar to those of grasses, but instead of overlapping edges, they form a continuous cylinder around the stem; they are arranged spirally in three ranks – grasses have alternate leaves forming two ranks.

Sedge flowers are wind-pollinated, small, often brown or black; in some species the florets are bisexual, in others separate male and female flowers are borne on the same plants.

There are 464 known species of rush worldwide, of which at least 46 species live in the UK.

The rush family includes the genera Juncus, the common rushes, and Luzula, the woodrushes, and are mostly perennials. They grow in wetlands, an environment that forms a substantial part of Dernol valley floor. 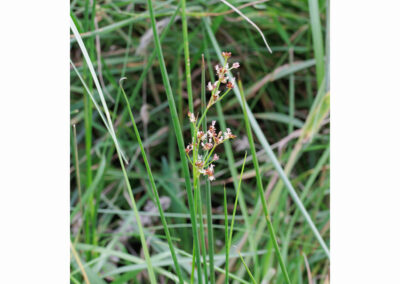 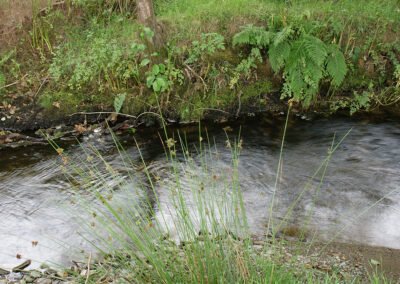 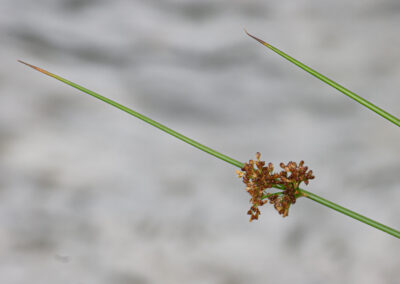 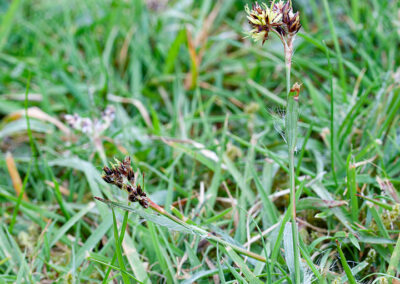 The unjointed stems are usually round in cross section. Like sedges, but unlike grasses, the evergreen leaves form a continuous cylinder around the stem, and in many species they are reduced to a sheath of scales around the base of the stem. In the woodrushes, the leaves are flat and have white hairs The bract around the flower can look like a continuation of the stem, so flowers appear to stick out of the side of stems.

Their bisexual flowers are made up of five whorls of flower parts: three sepals, three petals, 2-6 stamens in two whorls, and a stigma with three lobes.