This is a collage of fossil rubbings; three were found in the garden at Glandernol, and are known as ‘worm trace trails’.
A trace fossil, also known as an ichnofossil, is a fossil record of biological activity but not the preserved remains of the plant or animal itself. Trace fossils contrast with body fossils, which are the fossilized remains of parts of organisms’ bodies, usually altered by later chemical activity or mineralization. 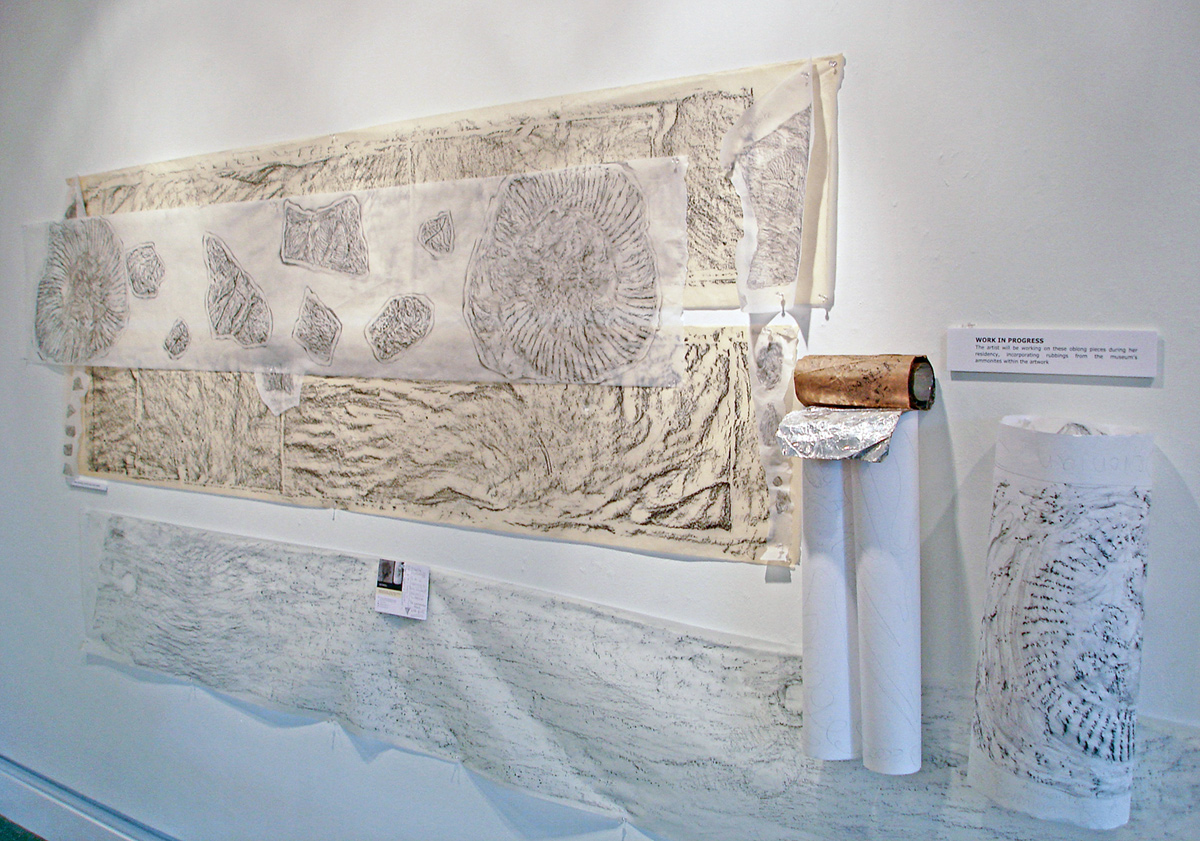 ‘Millennia’ on display in exhibition

‘Millennia’ has been exhibited in a group show at The Courtyard, Hereford, in 2017.
It was also included in my solo show ‘Fascinating Fossils & Co.’, 2016, as seen above at the Radnorshire Museum & Art Gallery. It became part of an installation called ‘Frieze Fragments’ where I was able to do a selection of fossil rubbings from the museum’s collection. The background features two lengths of previous rubbings taken from a slate floor at Hendre Hall, North Wales.