Spiders (Araneae) and Harvestmen (Opiliones) are two separate orders that belong to the class Arachnida (there is a third member of the class, Pseudoscorpionidae / Pseudoscorpions, but I am not dealing with them here for the time being).

There are about 670 species of spider in the UK, varying greatly in size from large ones such as the House Spider (often seen in our houses in the autumn) to the tiny ‘Money Spiders’. 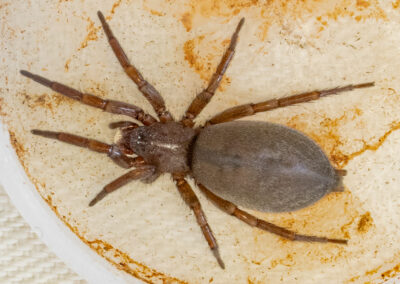 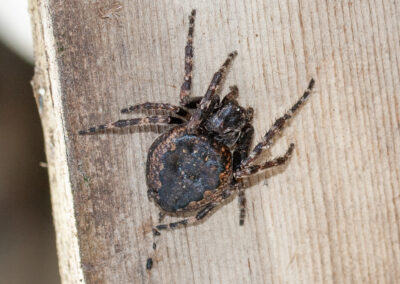 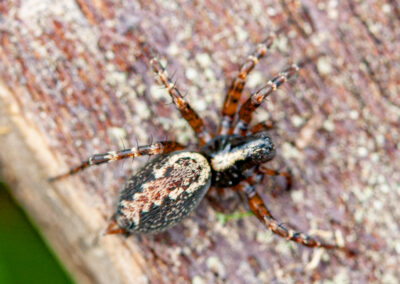 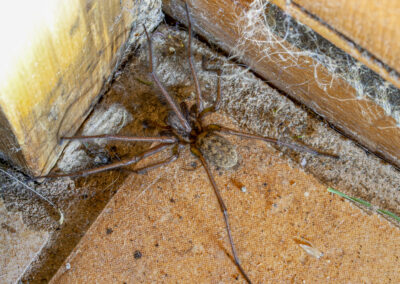 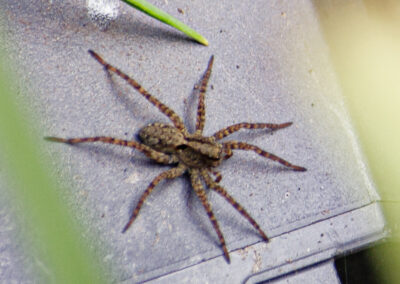 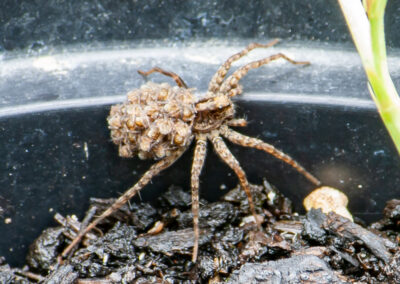 Pardosa sp., with young on its back 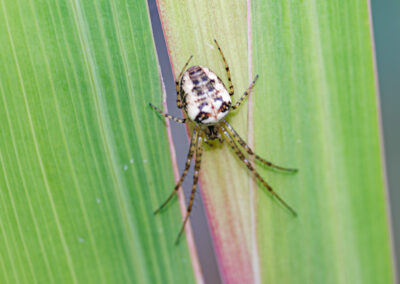 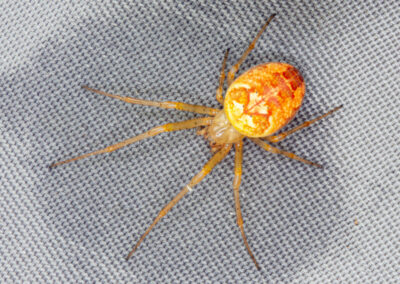 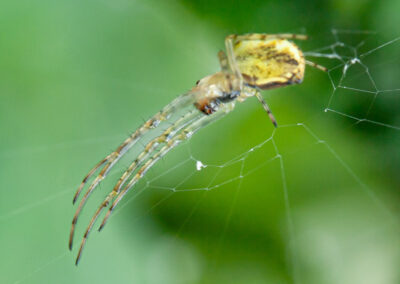 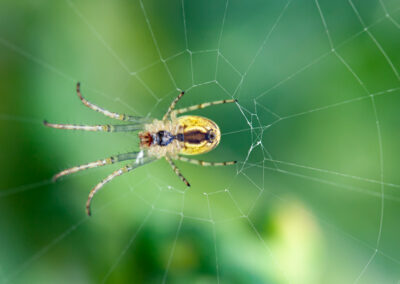 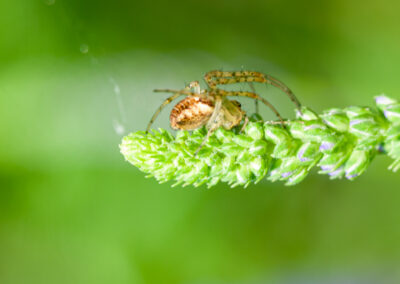 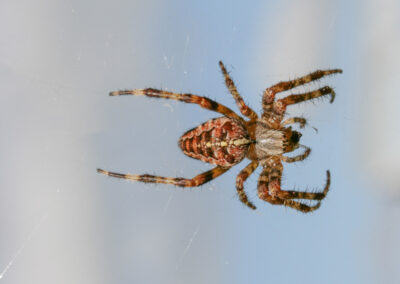 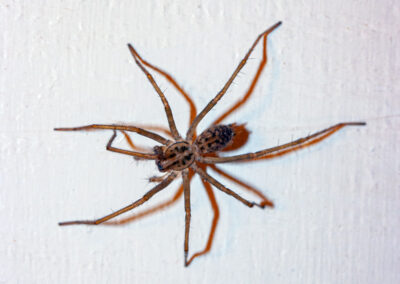 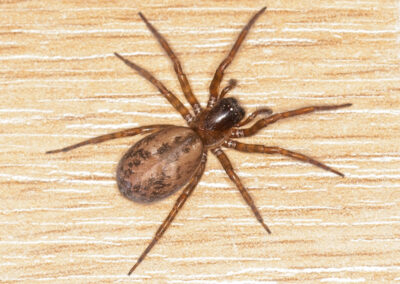 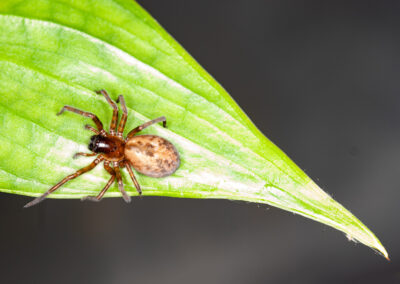 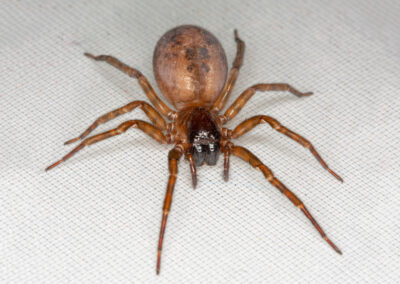 Harvestmen / Harvest Spiders belong to the order Opiliones. They are often assumed to be spiders, but, unlike spiders, their bodies consist of only a single part, rather than the separate cephalothorax and abdomen that spiders have. They also have only 2 eyes, whereas spiders have between 6 and 8. Unlike spiders, they do not produce silk, and therefore do not make webs. 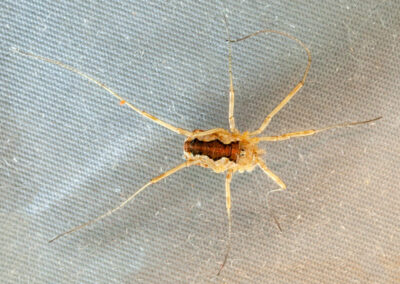