Like insects, all these animals belong to the phylum Arthropoda i.e they are Arthropods. but they are classed in different subphyla.

Millipedes belong to the Diplopoda class of Arthropods, and there are estimated to be between 15,000 to 80,000 species worldwide, of which 57 species live in the UK.

Millipedes usually have between 40 and 400 legs, depending on species, extending from beneath their bodies, and are slow movers; they have two pairs on most segments (a few segments have only one pair). Their antennae are short and elbowed, for probing the substrate they are walking on, as they are mostly scavengers, feeding on decaying organic matter.

When disturbed they often curl up, unlike centipedes which move away quickly.

Females lay between 10 and 300 eggs, which hatch after a few weeks, the young typically have only 3 pairs of legs, followed by up to 4 legless segments. As they grow they moult, adding more segments each time until they reach adulthood. They live between 1 and 10 years. 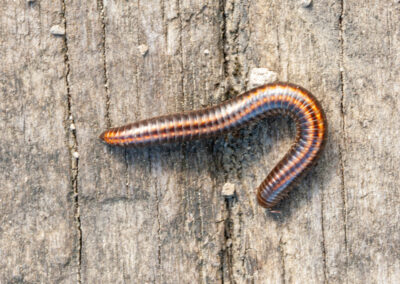 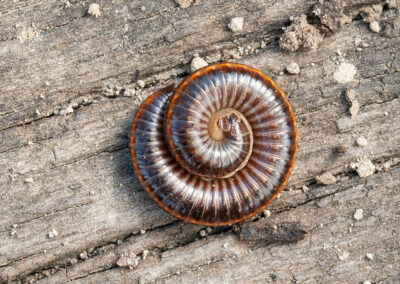 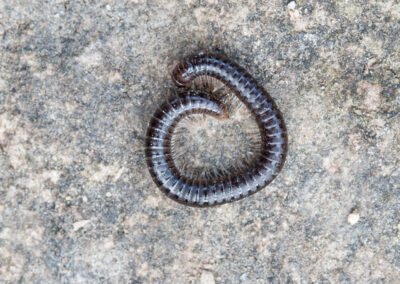 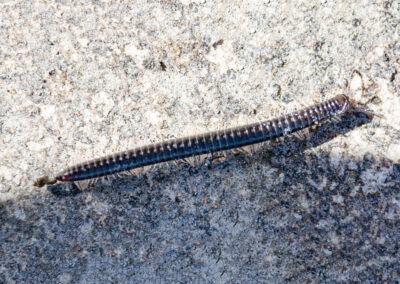 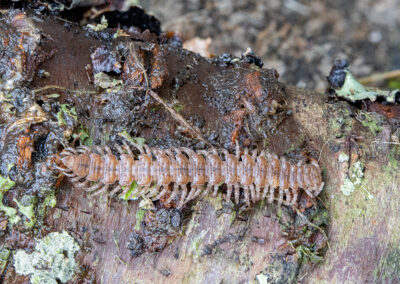 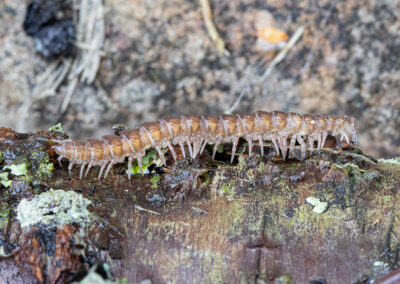 Centipedes belong to the Chilopoda class of Arthropods, and there are 57 species in the UK.

UK centipedes have between 15 and 101 pairs of legs, extending from the sides of the body, one pair on a segment, and can move quickly. They have long antennae.

They are carnivorous predators. 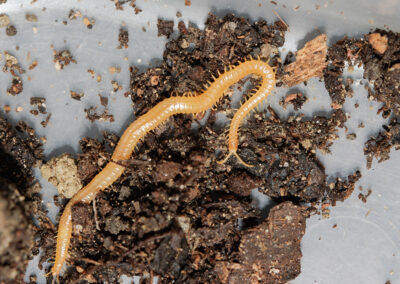 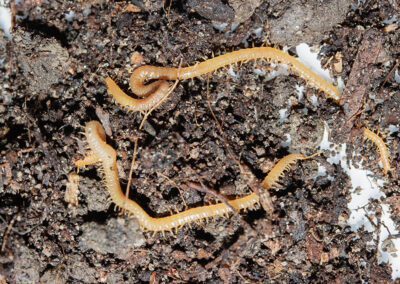 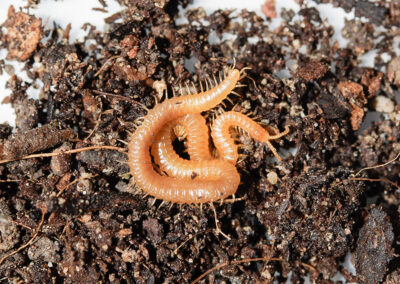 Woodlice are crustaceans in the order Isopoda, and there are 35 species native to the UK, and a further 10 species that have become naturalised in greenhouses. Some species, the pillbugs, can roll up into a ball, though as yet I have seen none of these in Dernol. The UK species live on land, preferring damp, dark places, and feeding mostly at night on dead plant matter, and are an important recycler of nutrients. They rarely damage garden plants, though occasionally will nibble a strawberry or young seedling.

The female woodlouse keeps fertilised eggs in a pouch (marsupium) on the underside of her body, formed by overlapping plates attached to the bases of the first five pairs of legs,  where they hatch and are subsequently released. They grow by moulting, unusually in two stages, the back half being shed first then a few days later the front half. 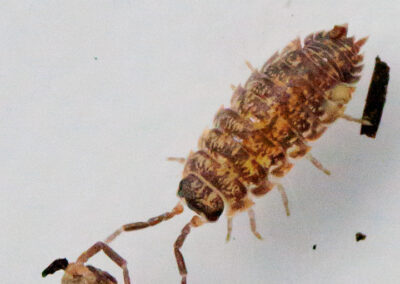 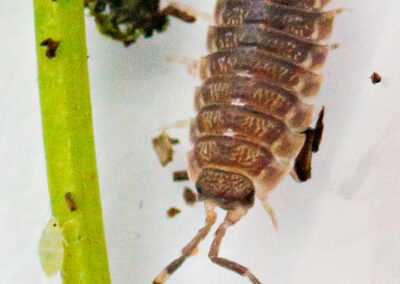 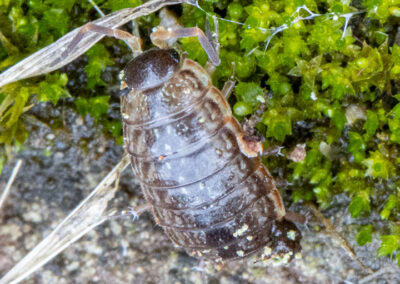 Water Slaters (also known as Water Lice or Water Hoglice), like the similar looking woodlice, are crustaceans belonging to the order Isopoda, but unlike UK woodlice species they live in ponds or the edges of slow-moving streams, rather than on land. Only 2 species are likely to be seen in the UK. They live up to about 20 months.

They have 9 segments (including the head), 6 pairs of legs and 2 antennae. They breathe via 5 gill plates under their tailpiece (telson).

They feed on decaying matter, usually from plants, but occasionally dead animals.

They can be seen in the photo below, along with a young newt and a mayfly nymph (taken from Glandernol garden pond). 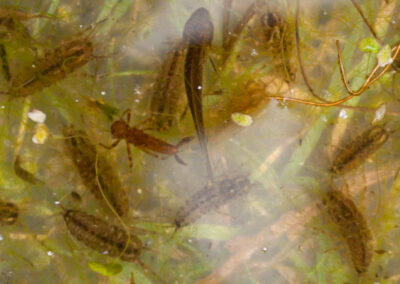