Caddisflies belong to the order Trichoptera, there being about 14,500 species worldwide, of which 199 species live in the UK.

They sometimes look like small moths, and are in fact fairly closely related; like moths they have two pairs of wings, but unlike moths their wings are membranous, and are not covered in scales. At rest they fold their wings roof-like over the top of the body.

Like moths they are often drawn to light, so are often caught in my moth-trap at night. 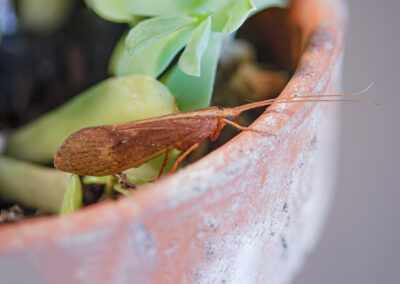 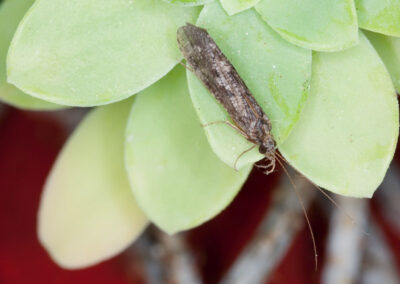 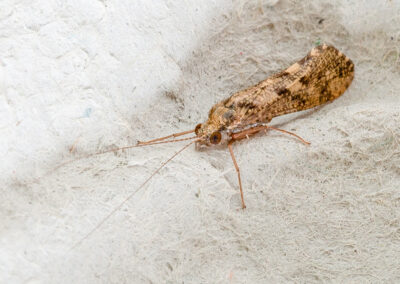 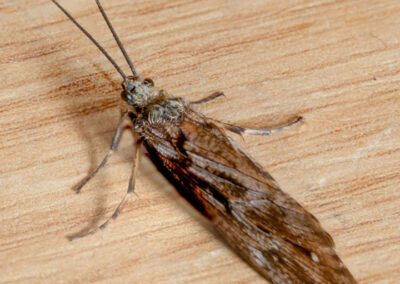 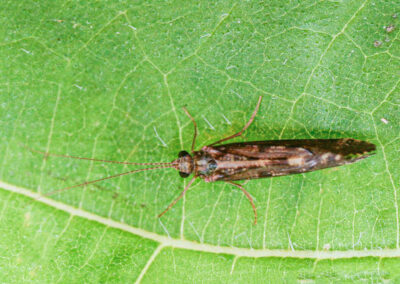 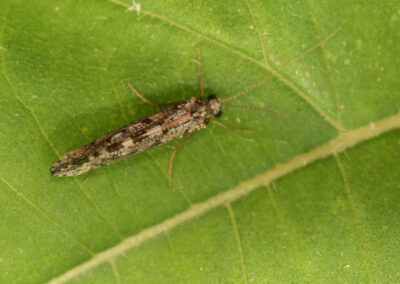 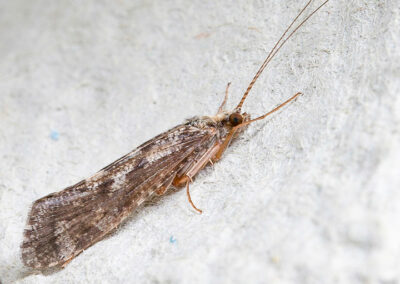 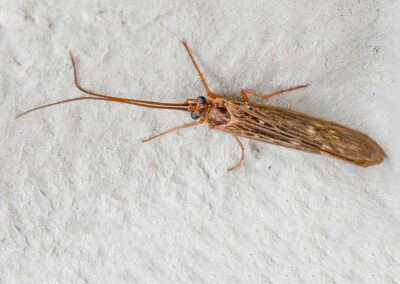 Their larvae live in fresh water, most species constructing a shelter by using a sticky silk-like thread to cover themselves in a tube of loose material from the bed of the river or pond in which they live. In the Dernol they are mostly found covered in sand / small particles of gravel, though in our garden pond they use vegetative material. Some species construct a protective lair, rather than living in a tube, and some are free-living; I’ve yet to find any of these types in the Dernol.

The larvae of most species feed on aquatic plants and algae, but a few are carnivorous or omnivorous. The adults do not have jaws as such, but their mouthparts are modified to suck up fluids, often nectar from flowers.